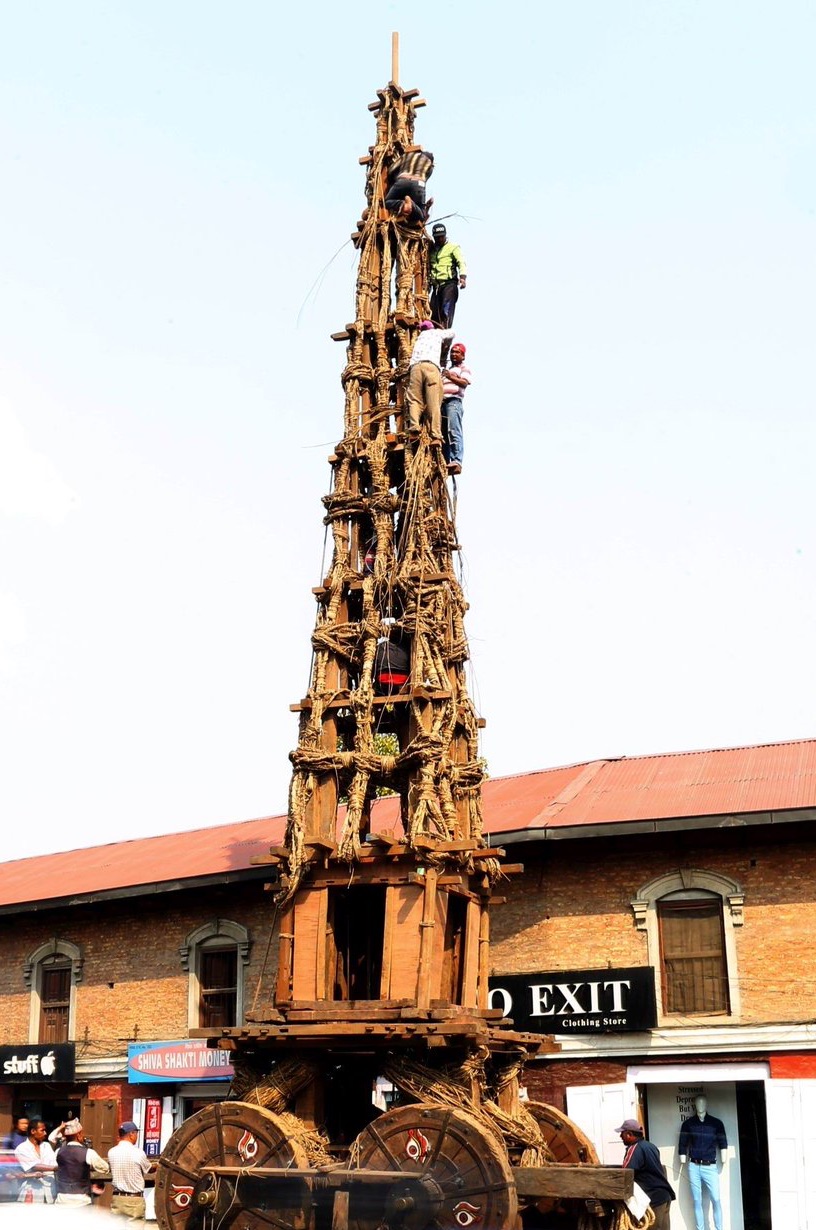 In the festival, the statue of god Seto Machindranath is carried up to Jamal Tindhara in a small chariot. The statue is then transferred to a bigger chariot, which is pulled around the core area of Kathmandu city. The chariot is pulled through places like Ason, Hanumandhoka, Jaisideval and Lagan.

On the first day of the Jatra, the chariot is pulled up to Ason by a huge crowd of devotees. On the next day, it is pulled from Ason to HamumanDhoka. On the third day it reaches Lagan. It is pulled around a tree in the place – known as Maa Seema and the temple of the mother of Seto Machindranath.

After one/two days, the statue of Seto Machindranath is carried back to its original location, the temple located at Jana Bahal. The return of the statue is also done in the small Chariot. This Jatra continue till the full moon day (Purinima).

Seto Machindranath Rath Jatra is a traditional festival of the original locals of Kathmandu Valley, Newar people. Newar is not a caste but a community of the people of diverse caste and social structure system. Before Prithivi Narayan Shah invaded Kathmandu Valley, it was an independent country with various types of people. Their language of communication was Newari and the place used to be called Nepal. After the invasion of Shah rulers, they continued the traditional Jatra tradition in the valley.