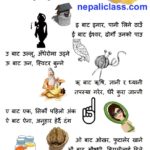 A song to help remember the vowels of Nepali language. The song has common words for the kids to remember the letters. The first letter is represented by pomegranate, the second letter by potato chips. The materials used in the song include a water well, god, owl, wool, sage (rishi), number one, mirror, walnut, medicine,
Read More 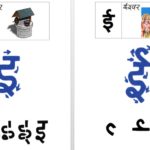 The third vowel in Devnagari lipi is ‘i’ (pronounced ye) and fourth is ‘ii’. They are used in conjunction with all the 36 consonants of Nepali alphabet. As both the third and fourth vowels sound same people are usually confused on using the right vowel for a sound. Although there are rules, they are vague.
Read More 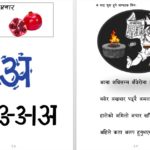