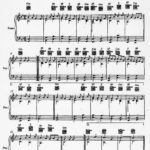 Dashain is the biggest festival in Nepal. The school kids in Nepal get a month-long vacation during the festival. The government offices also close for a week during the festival. In the festival, a typical nursery rhyme adults tell their kids is as follows : Pinky finger (little finger) is very excited about the upcoming
Read More

Popular cartoon series in Nepali language ‘Meena’ by UNICEF in collaboration with Hnna Barbera and Fil Cartoons. This episode of Meena cartoon deals with the importance of taking care of girl children. In South Asian communities, boy children are given more importance than the girl children. In that context, this cartoon tries to make the
Read More

There aren’t many cartoons in Nepali language. The one and only cartoon that many grew up with were Meena cartoon. The cartoon made specially for South Asian region were dubbed in various languages and Nepali was one of them. The cartoon series was produced by UNICEF in colabration with hnna Barbera and Fil Cartoons. Apart
Read More