Ka (क) is the first consonant of the Devanagari language. The letter can be traced back to the Brahmi letter (ka). Brahmi script is the oldest writing systems used in South and Central Asia from the 1st millennium BCE. The letter later transformed into the present form of Ka.

The letter is pronounced as [kə] or [k] when appropriate. It is not only in Nepali, Sanskrit of Hindi every other Indic languages have similar sounding letter although it is written in a different script. For example some of the scripts in different languages are: 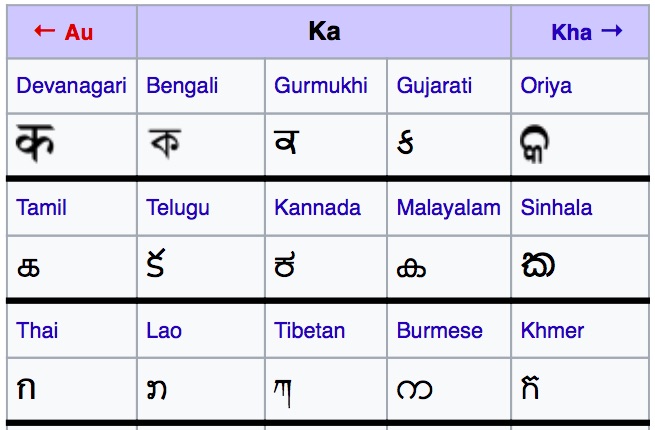 When half Ka is used in conjunction with other letters, the shape of the resulting letter is sometimes confusing. Here are some examples:

क् + त(t̪) gives us kt̪ with becomes “क्त” but, traditionally it is written in a irregular form as shown below:

Similarly, the following conjunctions are also written as vertical conjunct: 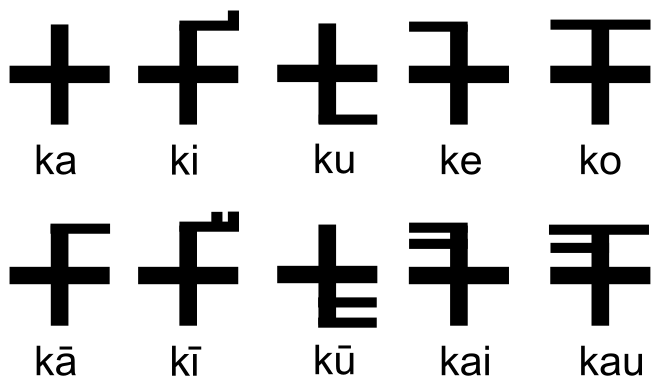 Similar to Greek numerals, ancient mathematician, Aryabhata, had used Devanagari letters to represent numbers. The system was developed in the early 6th century, that was after the invention of Sanskrit numeral system. In the Aryabhata Numerical system, the values of the different forms of क are:

(Read full details of the large numbers in Nepali mathematics.)