Click here for 2018 Update with more photos and mantra.

Today on February 1, 2017, students in Nepal are celebrating Shree Panchasmi, the festival of the goddess of learning and education. Shree Panchami is also called Basanta Panchami or Saraswati Puja.

The festival is being celebrated across Nepal by worshipping the goddess of knowledge, wisdom, learning, art, music and culture, Goddess Saraswati. The festival falls on the fifth day of the bright half of the Nepali month of Magh, every year.

Mainly the Hindu and Sikh communities of Nepal and eastern parts of India celebrate Saraswati Puja festival. In addition to worshiping Saraswati, the festival also symbolizes the start of the spring season in Nepal.

(Read more about 6 Seasons in Nepal) 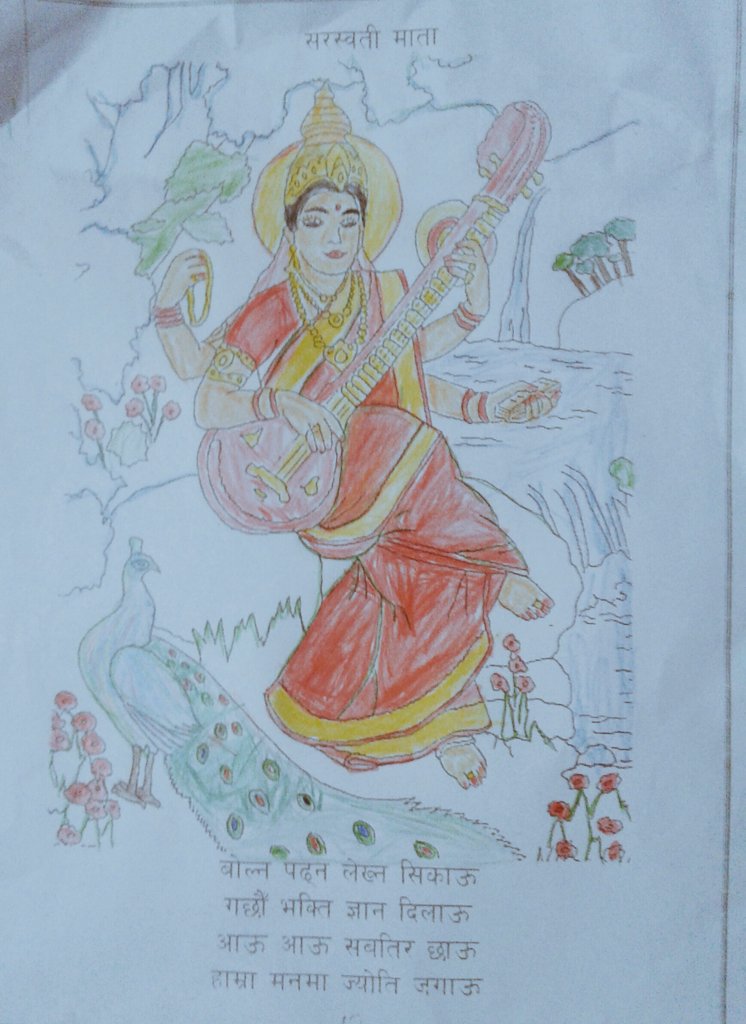 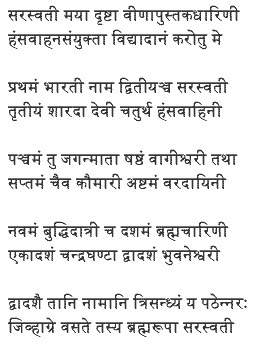 This stotra is chanted while worshiping the goddess. 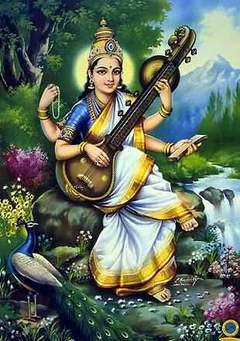 The earliest known mention of Saraswati as a goddess is in the ancient Hindu book Rigveda. The goddess of intelligence and knowledge has a significance in Hindu traditions.

Some people celebrate the festival as Vasant Panchami. That is because, it is the fifth day of spring. It is also known as Saraswati Puja and Saraswati Jayanti in many parts of Nepal and India. The day is marked by helping young children learn how to write alphabets on that day.

The Goddess is also revered by believers of the Jain religion of west and central India and also by some Buddhists. One of the most popular Saraswati temple in Kathmandu is located near the Buddhist temple, Swyambhunath Temple.