Skip to content
HomeFestivalsHoli – The Festival of Colour (Fagu 2019)

Holi is a festival of colors based on an ancient Hindu religious event. These days, it has become popular with non-Hindus in many parts of South Asia and people of other communities outside Asia. In addition to India and Nepal, the festival is celebrated by Indian subcontinent diaspora in countries such as Jamaica, Suriname, Guyana, Trinidad and Tobago, South Africa, Malaysia, the United Kingdom, the United States, Canada, Mauritius, and Fiji. The festival is also expanded to Europe and North America as a spring celebration of love, frolic, and colours.

The colourful ‘Holi’ in Nepal is also called Fagu (Fagu Purnima). It usually falls in March (It is on March 20 in 2019. The dates differ slightly from year to year.)

The festival marks the end of winter and the start of spring time. It is also the time to meet the friends and family members to have fun together. The food and celebration in the festival helps in building good relationship between people. In terms of ancient and religious reason, the festival is a symbolic representation of the victory of good people over evil people. In a 17th century literature, it was identified as a festival that celebrated agriculture, commemorated good spring harvests and the fertile land. Hindus believe it is a time of enjoying spring’s abundant colours and saying farewell to winter. To many Hindus, Holi festivities mark the beginning of the new year as well as an occasion to reset and renew ruptured relationships, end conflicts and rid themselves of accumulated emotional impurities from the past.

The mode of celebration of Holi in different parts of Nepal are different. It is not only the way it is celebrated, the day on with Holi is celebrated is different in lower plains (Terai region) and higher hills is different. Terai people celebrate the festival on the following day of the day people in hilly-area celebrate holi.

Holi festival falls in the time when people can take bath because of warmer weather. So, people get dirty by playing with colours and take bath. 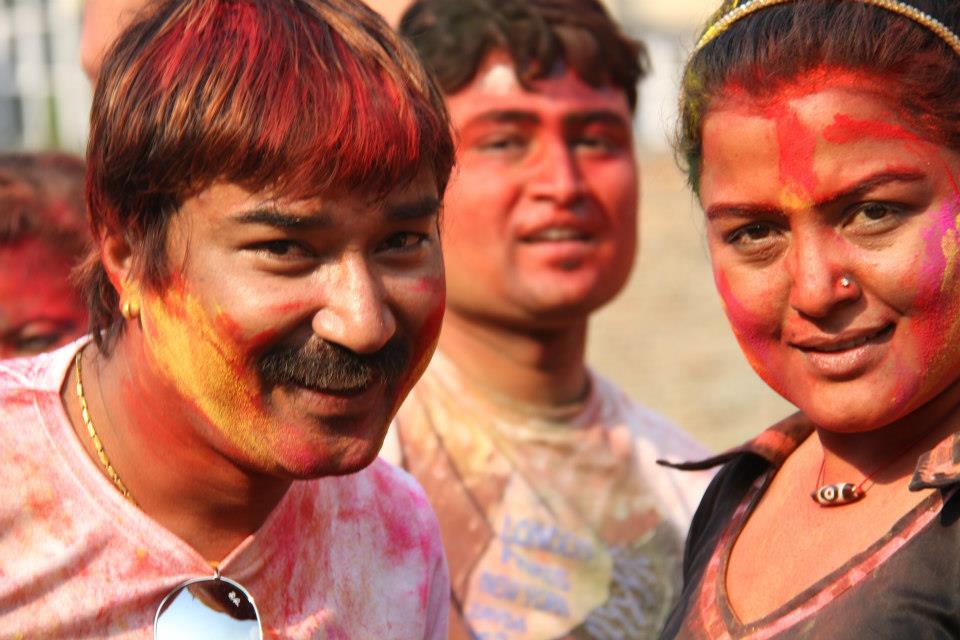 Holi being an important spring festival for Hindus, it is a national holiday in India and Nepal. It is also a regional holidays in some other countries too. The night before Holi, bonfires are lit in a ceremony known as Holika Dahan (burning of Holika) or Little Holi. In the celebration, people gather near fires, sing and dance. The next day, Holi, also known as Dhuli in Sanskrit, or Dhulheti, Dhulandi or Dhulendi, is celebrated. 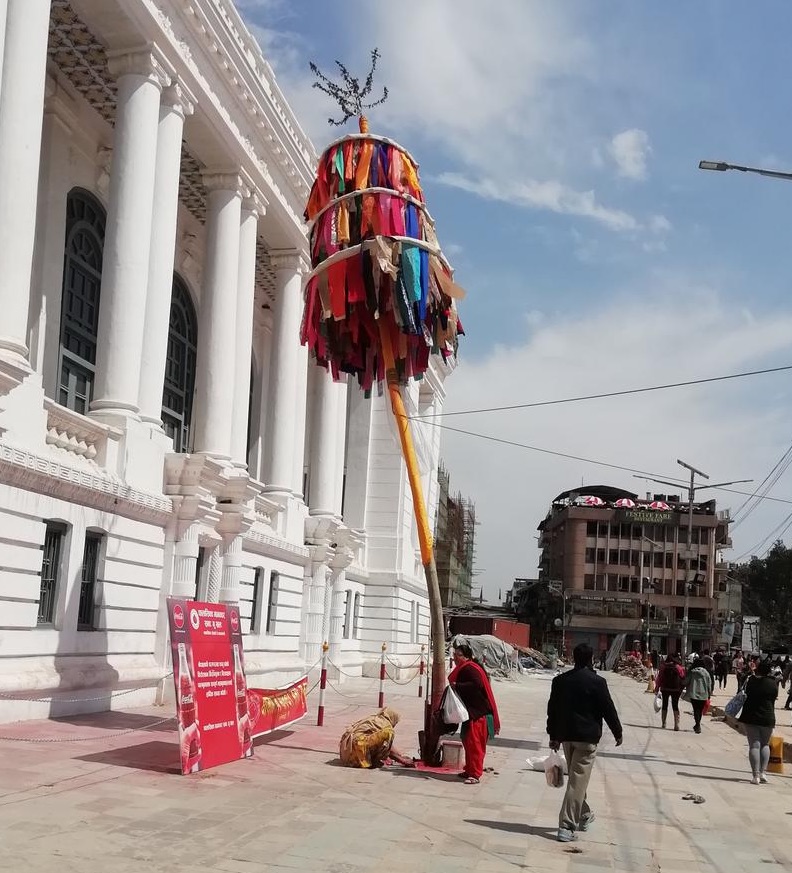 2019 Photo – the start of Holi at Basantapur