Naulinga (नौंलिंग (लूःमधी) भद्रकाली जात्रा) is a yearly festival held in Bhadrakali temple. The Jatra is held in the area near Kirtipur. As it is held in the outskirt of Kathmandu city, and is not held in the main city, the festival doesn’t get media attention and is limited to the local people and communities. The festival starts on the day before Buddha Jayanti and lasts for three days.

On the night of the first day of the Jatra, the god is brought in Bhadrakali temple. On the same night it is taken to Khyo park at a place called Gamchha. On Buddha Jayanti day the statues of Gods brought there from different places (Toles) are worshipped.

Day 1: In the morning God and Goddesses are placed in chariots and ‘Khat’ (human carried chariots). The group of people carrying Khat dance while carrying them in various places in town. (Khat dance gif is attached)

After going through the town, the god and goddesses are brought back to their respective temples.

Day 2: At Gamchha, the Jatra of Ganesh without trunk and Kumar are done. At Tusal, the Tusal Bhadrakati and Ganesh chariot are carried to Lumadhi Bhadrakali temple located at Tuppe. 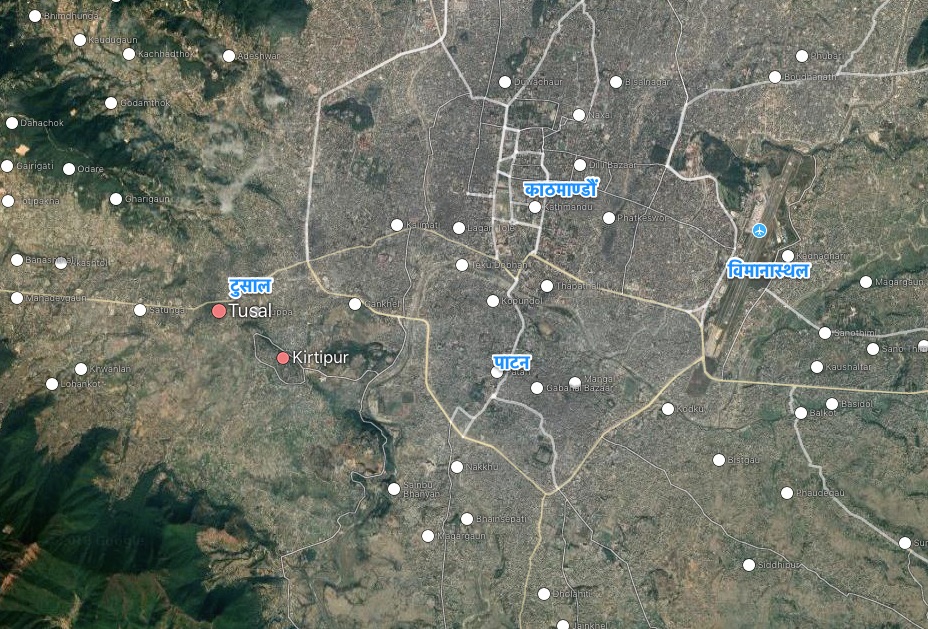 Day 3: On the third day, the Lumadhi Bhadrakali chariot is carried by the locals throughout the community. The Jatra is completed after the chariot is brought back to the temple.

A video of the jatra:

Jatra refers to the types of Newari Festivals involving street festival or carnival. Jatra are mainly celebrated in Kathmandu Valley and the surrounding area. As Newar people are spread all over Nepal, they have also taken the traditional festival with them to different parts of the country. Being the capital city, Jatra has gained a wider acceptance because of the government endorsement to the festival. For example, Ghode Jatra, has become the official festival of Nepal Army.

Main Jatra of Nepal are – Gaijatra, Indra Jatra, Ghode Jatra and Bisket Jatra. Apart from these festivals, numerous small-scale, local jatra are being celebrated in various places and communities across Nepal.