March 9, 2020 is this year’s Holi festival day. The festival of colors is not same as the previous years because of Corona virus outbreak in the world. The festival of colour and water is being celebrated cautiously among the close relatives and friends. The government has told people not to form large gatherings for the celebration. 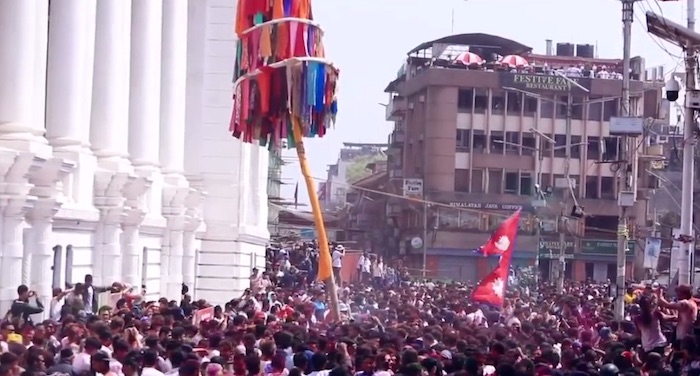 The festival based on various stories of Hindu religious event. Because of the fun part the festival has also become popular with non-Hindus in many parts of the world. In addition to India and Nepal, the festival is also celebrated by the large communities of Indian and Nepali origin all over the world. The Indian communities in countries such as Jamaica, Suriname, Guyana, Trinidad and Tobago, South Africa, Malaysia, the United Kingdom, the United States, Canada, Mauritius, and Fiji are relatively large. The festival is also considered a spring celebration of love, frolic, and colours.

In Nepal, Holi marks the end of winter and the start of spring. In addition to seasonal celebration, this is the time to meet and greet friends and family members. The food and the celebration during the festival helps in building good relationships.

The festival is celebrated as a symbolic representation of the victory of good over evil. In a 17th century literature, the festival was identified as a festival that was celebrated to have good spring harvests and the fertile land. In Nepal, Holi festivities also mark the beginning of the new year as well as an occasion to reset and renew ruptured relationships, end conflicts and rid themselves of accumulated emotional impurities from the past.

– The festival marks the end of winter and the start of spring season.
– People play with powders of different colours and water.
– Preparing and sharing special foods and delicacies
– Visiting home meet relatives and friends.
– Eating laddu and juice mixed with intoxicating “bhang” in them is also a tradition in different parts of Nepal.

The festival is celebrated in two different days in Nepal. In the hilly reason, it is celebrated on the date mentioned in the beginning of this post. the people of Terai (lower plains region) celebrate it the next day (on March 10, 2020).

To summarize – Holi or Fagu Purnima is a fun filled festival full of colour, food and festivity.