Bagh Bhairav festival or Baagh Bhairav Jatra is celebrated on the first day of Bhadra month of Nepali calendar in Kirtipur. On the festival, the Bagh Bhairav idol, especially made for the festival, is carried on the streets of Kritipur with music playing by the traditional bands. A lot of devotees follow the idol chanting religious hymns. Local artists wearing scary masks also perform Lakhey dance in the jatra proceedings.

In 2018, the festival fell on Friday, August 17, 2018. The ancient Nepalese city of Kirtipur, was filled with music, dance and celebration. 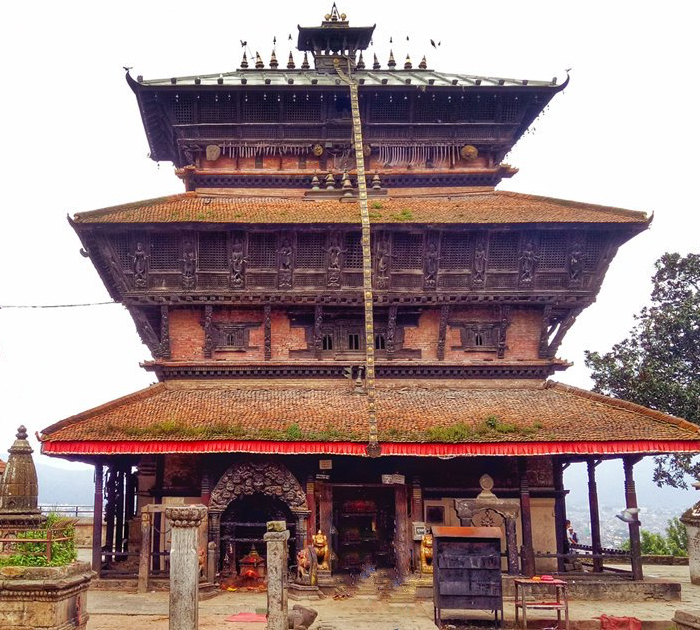 There are various legends about he Bagh Bhairav festival started. According to the belief, the temple was constructed in an ancient time – during the reign of Lichchivi king, Shiva Dev.There however is no inscription to give a definite answer to the historical details of the temple and the festival. 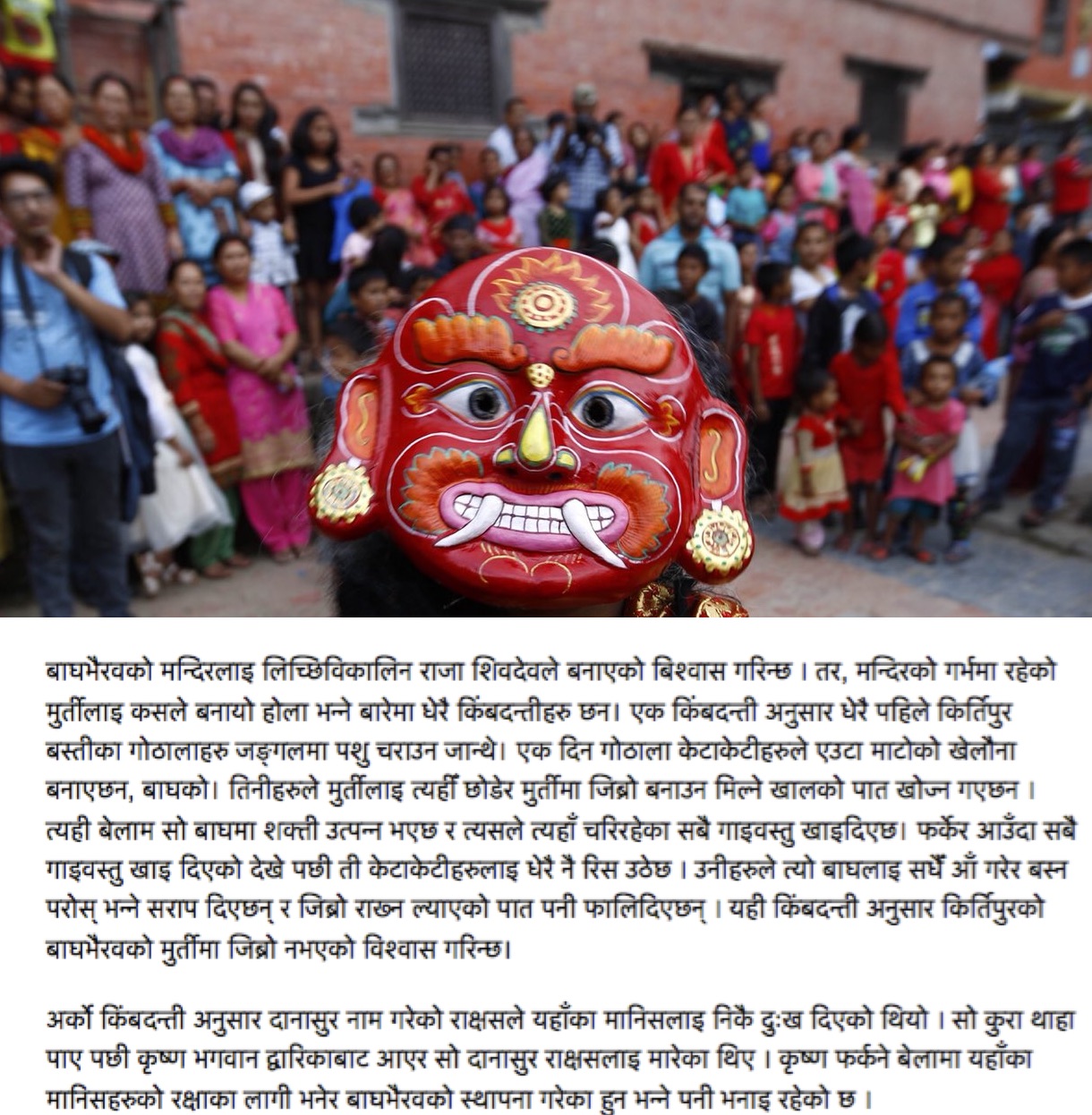